Design a site like this with WordPress.com
Get started
Skip to content
Posted on November 30, 2022November 19, 2022 by Chelsie

Look at this cover and the giveaway goodies! I love bookish things to go with my books. Here’s a sneak peek inside the book, with an excerpt:

She didn’t dislike the social whirl. She simply needed the balance of time in the country surrounded by nature after months in Town among the ton. This year, however, she was leaving Durham—after not nearly enough time there— to attend a house party. She had never been a guest at a house party before, though she’d heard many tales of them, both from those she knew in Society and from Mrs. Brownlow, her benefactress and the mistress of Houghton Manor. Gillian fluctuated between being disappointed at leaving the peace and quiet of Houghton Manor and worried that she would make an utter cake of herself at her very first house party.

She considered herself intelligent and clever. Society hadn’t declared her a complete disaster, though that was owed more to the tutelage and support of her friends than to any social ability on her part. She belonged to a group of friends known throughout Society as the Huntresses, their fearless leader being Artemis Jonquil, whose ancient namesake was the goddess of the hunt and leader of her own band of huntresses. The seven members of Artemis’s band were the very closest of friends.

Welcome to the Blog + Review Tour for The Best Intentions by Sarah M. Eden, hosted by JustRead Publicity Tours! 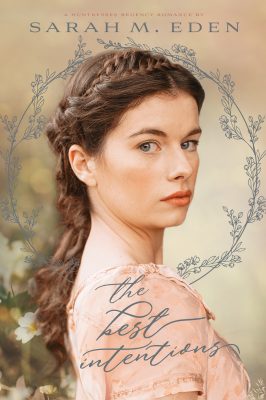 In the eyes of London Society, Gillian Phelps is suitable enough. Though the ton whispers about her change of residence, any speculation remains just that: ballroom gossip. No one—not even the other Huntresses, the group of ladies she calls her dearest friends—knows that she is harboring a devastating family secret. Gillian has become adept at hiding the reality of her circumstances, but the close quarters of a house party will test her ability to conceal the crushing truth. And with so many people to deceive, the late arrival of another guest is a most unwelcome surprise.

Despite his standing as a gentleman of the ton, in truth, Scott Sarvol possesses little more than two debt-riddled estates. When an opportunity arises to survey one of his properties, he travels north, only to find himself an unwitting guest at Artemis Jonquil’s house party. He is warmly welcomed by all—except the aloof Miss Gillian Phelps. But when Scott proves himself unexpectedly helpful in a crisis, his acquaintance with Gillian shifts from wariness to something warmer.

As both her charade and her feelings for Scott deepen, Gillian realizes that the truth could spell not only a devastating fall from Society but also a shattered heart. 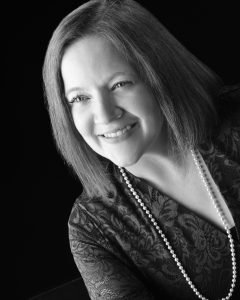 Sarah M. Eden is a USA Today bestselling author of multiple historical romances, including AML’s “2013 Novel of the Year” and Foreword Review’s 2013 “IndieFab Book of the Year” gold medal winner for Best Romance, Longing for Home, and the Whitney Award’s “2014 Novel of the Year,” Longing for Home: Hope Springs. Combining her obsession with history and affinity for tender love stories, Sarah loves crafting witty characters and heartfelt romances set against rich historical backdrops. She holds a Bachelor’s degree in research and happily spends hours perusing the reference shelves of her local library. Sarah lives with her husband, kids, and mischievous dog in the shadow of a snow-capped mountain she has never attempted to ski.

Connect with Sarah by visiting sarahmeden.com to follow her on social media or subscribe to email newsletter updates. 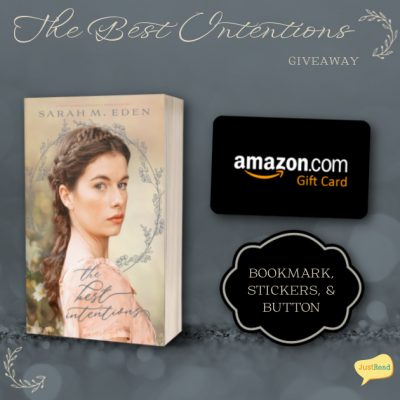 Full tour schedule linked below. The giveaway begins at midnight November 28, 2022 and will last through 11:59 PM EST on December 5, 2022. Winner will be notified within 2 weeks of close of the giveaway and given 48 hours to respond or risk forfeiture of prize. US only. Void where prohibited by law or logistics.

Giveaway is subject to the policies found here.

7 thoughts on “The Best Intentions by Sarah M Eden”